Getting Even With Family Members With The Revenge Guy

Need a little help getting even with family that has done you wrong?

Maybe good revenge technique is just what you need to help you get even and regain your stature as an important person.

So let's get started with some examples.

My Brother Steals My Money 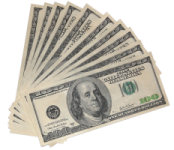 Hi Revenge Guy,
I'm looking for a way to get revenge on my brother.

I know it was him because I saw him put my wallet down, but I said nothing so I could get revenge.

He has stolen money before and denied it, but this time I want to get him back. I was thinking about taking something of his once a day and hiding it, like a item of clothing, games, phone charger.. thanks!

Thanks for any tips,
RW

Hi RW,
I think what you need to is catch him in the act, in an undeniable way.

There are two ways to do this:

That should put an end to this.

2. If you have a copier/scanner/printer, photocopy a few bills and leave them between a couple of fivers in your wallet. I'm sure he won't look to closely at them when he steals them and if he doesn't notice the fakes, well he's busted.

If he does notice the fakes, will he tell you? Probably not. So he's busted.

That should put an end to this and more.

Dear Revenge Guy,
I guess I will just jump right in.

have been with my fiancé for almost 6 years. His sister is CRAZY!

She controls his whole house because she hits her mom and shows her daddy her privates parts when she wants something.

She hates me more than anyone in the world.

Because my fiancé does not bow down to her every wish and command she thinks that I control him.

Really, the matter of the fact is that he thinks she is disgusting for what she does and really does not want to have anything to do with her.

She has paid a guy to call my phone and tell me that he was going to hunt me down and kill me, she has cut all four of my tires, and recently she stole my fiancé's check book and stole $100.00 dollars.

She has made my life a living hell.

My options for revenge are very limited due to the nature of the relationship. I don't want trouble between his family and him because, like I stated, she controls that house.

I need to make sure that I do not get caught because the difference between a prank and revenge is that a prank is something you are planning on bragging about, I plan on sitting back, watching and keeping my mouth shut.

I am not even allowed over there because she said so.

Please help me. Here are some things to keep in mind:

She has no job because she keeps getting fired;

She admits openly about sleeping with 5 different guys one of which is married;

And she has no shame in her actions.

I can't sleep at night because I know that she is at home smiling because there is nothing that I can do about her. I would really appreciate your help.

Thank you so much. Susie

Hi Susie,
A fiancé for 6 years?

You really need him to get off his butt, get a job and make you a married woman so that the both of you CAN have a life of your own. And move far, far away.

But really, if things are that bad and he lets his sister push him (and the whole family is weak too) now, what do you think married life will be like?

You don’t need revenge you need to be single and done with this loony-bin once and for all.

As for revenge I will give you an option to stir things up:

Call her up, anonymously. Use the voice changer and start talking about all her “little secrets”.

Let her know that the secrets are out in the open… if that doesn’t shake her up and make her fly straight nothing will.

Otherwise head for the hills, dump your fiancé and live a better life.

Dear Revenge Guy,
I thought perhaps you might have an idea or two to assist me.

I have been seeing a woman who is going through a divorce and her ex is something of a controlling manipulator, the kind of guy who uses the kids against her whenever possible, promising the kids things then saying he can't do it because of mommy, things would be better if mommy wasn't the way she is, taking them out of school without telling her, that sort of thing.

He's also trying to bury her in the courts with baseless motions that she's a drug addict and an alcoholic, that sort of thing.

Normally, I would assume this is the kind of bitterness that you might experience in any divorce and her lawyer can probably handle all the crap he's slinging. My problem is that this guy outweighs her by about 150 pounds and, when she was moving her stuff out, decided it would be a good idea to punch her in the face because she was taking "his" stuff.

On top of that, he can be abusive with his children and to me it seems like he's trying to get them for no other reason than to hurt her. Best of all, he's a "good Christian boy" and does his best to make sure no one can see or hear the things he does and tries to play himself off as the victim of her whenever he can.

In a nutshell, this guy is a douchebag. I want something epic to make this guy suffer for a long time. Something that will make his life hell in the way hers was while she had to live with him. He's far too ignorant to realize what kind of person he is, but I figure making his day to day life a little bitter crappier would at least even the cosmic score some.
Thanks,
Matt

Dear Matt,
What I’d like to suggest is for everyone in the family to walk around with a hidden recorder or something.
You know you can get wireless, web-enabled nanny-cams these days?
Get one planted in his house to record the “kids” and reveal his antics to the divorce lawyers.
I’d make sure that mom has detailed everything going on too.
Since lawyers are involved, documentation is the best way to go here.
Write down everything.

Ex’s are the worst type of people sometimes, using kids as weapons.
When the divorce is final, move.

I’d also talk to his church minister, maybe he can help.
Get the info about his true nature in the open the most covert ways you can.

And for long-term revenge, every once in a while I'd place an ad at the local supermarket advertising a cheap room to rent. Keep him busy with strangers!
Best wishes,
The Revenge Guy

Dear Revenge Guy,
I have a roommate who is also my cousin and best friend so I don’t want to ruin our friendship, but I am at my wits end with her and her dog. She has a small dog and he is a nice dog but he pees and poops in random places at random times.

Before we moved in together I had a conversation with her about being apprehensive to live together because I didn’t want the dog to pee and poop in my room or on my furniture. Well he hasn’t peed in my room but he has everywhere else. He has urinated on my furniture numerous times and I’m tired of it. Our apartment smells like dogs all the time.

I have tried numerous approaches and she just doesn’t listen. This morning he peed in the bathroom and I told her about it. Well this was at about noon. I went in the bathroom at about 7pm that night and the piss was still there!

Also she usually puts her dog in a cage because he is not trained but she goes to work earlier than I do and he makes a lot of noise in the cage so this wakes me up about 30 minutes to an hour before I have to get up almost everyday.

I am tired of this. Personally I feel she should just take him somewhere to be trained but she won’t.
Please help me,
Pissed

Dear Pissed,
Quite simply, kick her out.

She's not responsible enough to own and care for a dog and either you stand up to her or train the dog yourself.

I don't care about being nice to cousins and people that aren't trained to even be normal. Talk to her mom, your aunt. Ask her why all this happens, didn't she teach her daughter any manners?

I have no idea why you'd email a revenge specialist for advice here.
Unless you need a reason to kick her out.
She stinks like dog and now you do too. Best friend or not, she's taking advantage of you.
Kick her out and send her a cleaning bill too! Let this mature her a bit.
Best wishes,
The Revenge Guy

Dear RG,
My father passed away last year having suffered a heart attack, he was very well known in his trade and received a lot of publicity and money, as stuntmen do, but with that came a new wife in 1987.

The new wife did not last very long so her and my father separated in 2001 but did not divorce as my Dad knew she would take him for half of his assets.

When my father had the heart attack he was in this woman's company, she made two phone calls and waited at the very least an hour before calling an ambulance.

Be under no doubt that this woman hated my father and has openly admitted to being only interested in his money and raising her own status, she was a tea lady at Yorkshire television originally.

As you have probably guessed she took everything in court with a 16 year old will that was not my Dad's latest will, the solicitors mysteriously could not trace 2 wills made since the 16 year old one but did have record of them.

Basically Mr. RG this disgrace of a woman has taken my father, made him suffer to his last breath and shagged her way through the solicitors, it has been a very long time coming for this woman and I want her to experience the devastation I have, I did go to the police over this but they said despite believing she had deliberately finished off my dad they could not take it to court without a confession, which I got but not on tape.

Please help, I really want some justice for my Dad.
Call Me Sad

Every couple of months, continue to find ways to get her to talk about what she did. Eventually she’ll tell you and you’ll have it recorded.
And have her arrested the next day!!

That is the real revenge you seek. Nothing else will do.
Best wishes,
The Revenge Guy