Bad Neighbor with a Jacuzzi 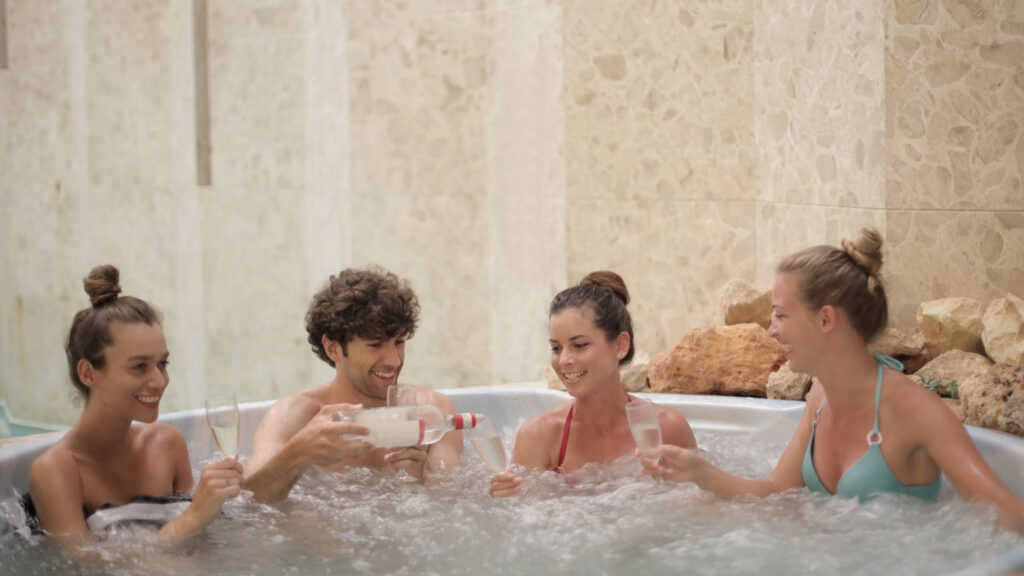 My neighbor built a Jacuzzi that vibrates me out of bed! The late night partying, the noise, it has to end!

Dear Revenge Guy,
I live in a prestigious condo for the place (Latin America) and some people are not respecting the neighbors: they party a lot, drugs, prostitutes etc… I took care of one of my neighbor by snapping a picture of him paying a whore on his terrace and showing it to everyone in the condo: that solved one problem as he didn’t came back here for almost 3 years.

But I have another neighbor that is also having parties but the problem is his Jacuzzi.

He constructed on his roof a Swimming pool/Jacuzzi that is creating vibrations in my flat that is located on the side and below his unit. I send him a letter with a video explaining him politely that it would be nice if he could insulate the sound of his Jacuzzi: we can’t sleep.

The guy did nothing for almost 4 months.

He seems to be a nice person but appearance are deceiving, especially here. I would like to know if you have a trick to just fuck up his Jacuzzi slowly but surely, something that could clog his pipe or just ruin his Jacuzzi motor because it’s a big one for the 2 meters by 2 meters micro Jacuzzi that he installed.

It’s the kind of person that diplomacy is ineffective against and that take kindness for a weakness. Do you have any ideas how to deal with such person and to solve that Jacuzzi problem please?

Note: I had another neighbor that pissed me off but I snap a picture of him paying a whore and he never came back to the condo in 3 years.

Hi L,
This really sucks. When a neighbor thinks he can ruin your peaceful existence and enjoyment of your property, all rules for diplomacy (after a few attempts) have to come off the table!

Obviously we want to disable the Jacuzzi, so the vibrations end. This shouldn’t be too hard if you can get close to the neighbor’s Jacuzzi.

This is what you need to do: get some very small metal shavings and get them into the pool.

If you have the reach and access to throw a rock into the pool, great. Make some ice cubes with some metal shavings frozen in them.

Toss these special ice cubes into the Jacuzzi.

Over the next week or so the motor will quit. Even if it doesn’t, who’s going into a Jacuzzi with metal shavings it is?

And your neighbor will spend weeks cleaning out all the metal.

I hope this helps!