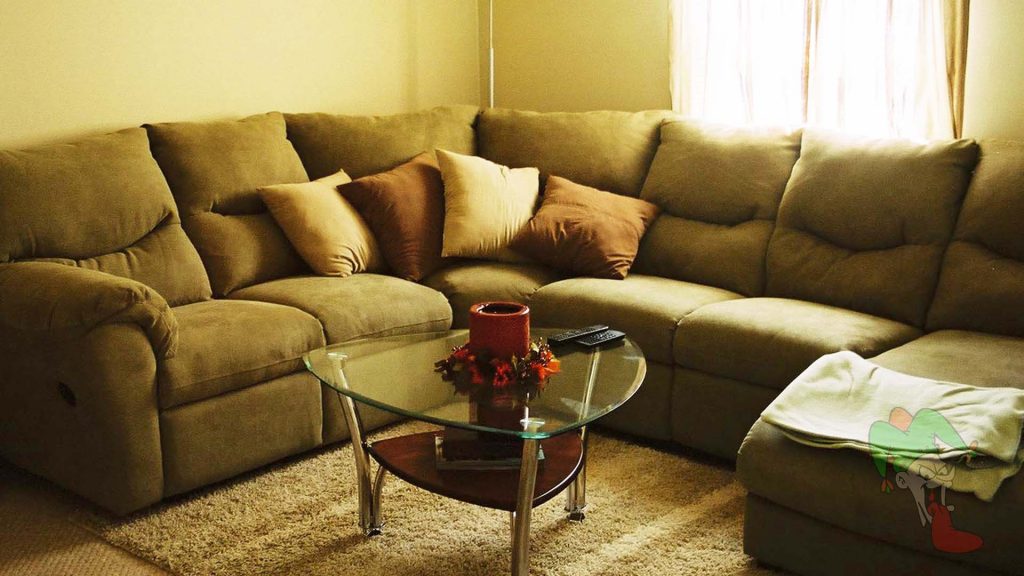 Dear Revenge Guy,
My girlfriend and I moved into a shared apartment 1st of January, at first it seemed things we’re finally gonna be peaceful for us.

We had some shitty roommates before this.

The girls (one is a student in her twenties and the other one is a 32 year old…) seemed nice and like they care for cleanliness a lot. They had a cleaning schedule set up, each roommate gets a common space to clean each week or is in charge of the trash. We also had a boy roommate but he moved out about a month ago, and we have a new boy roommate now. The cleaning rules apply too everybody, and we have kept up with it.

The younger girl roommate, has never once completed her duties, the trash could be overflowing and she does not take it out.

The older one does most of her duties on time, yet she has a habit of leaving dirty oven dishes out for daaaaays.

The boy has not done one thing… The older one acts kinda like a bossy mom over the groupchat, reminds if something has not be cleaned and things like that. Yet the younger roommate still doesn’t do shit.

We (especially my gf) usually have to do her tasks as well. If she had the kitchen, well somebody has to clean it at some point… so it’s up to us.

Anyway since lock-down started, it has been even worse. The older one is stuck in a gas station job, does not have a boyfriend and has been living here for 4 years, I think? And has absolutely no motivation to move on in her life or anything. She mumbles and I can’t even understand her when she speaks.

Anyway we are not big drinkers or very social (gf and I) and keep to ourselves, so does everyone.

But they have been having game nights every Tuesday (yesterday and want to do it again tonight). I get it everybody is bored and lonely, I have nothing against socializing in the apartment.

But they start at 8pm and finish at fricking 5am!

We are trying to keep up a normal bio clock for sleeping and staying up until 5am and sleeping until 2 in the afternoon is not something I want to do.

They seem offended because we don’t join them but I didn’t move here to entertain others and make friends or whatever, I have friends.

If they don’t have brain cell that tells them, hey it’s late we should keep it down for others, I don’t think asking them is going to do anything, and we have had experiences where people just get petty after we confront them… so we don’t know what to do.

I want petty revenge on them, thank you!

Hi Sleepy,
I feel your pain. This pandemic lock-down has changed our lives and relationships in all kinds of ways, both good and bad.

Let me hit this one at a time.

Option 1: Throw tantrums and let them have it with both barrels. Start looking for a new place to live and leave as fast as possible.
(Admittedly this is the biggest asshole move, but sometimes it’s fire-with-fire, right?)

Option 2: Host your own couples night chat session and keep it going as late in the night as you can. Make certain that your roommates know they are not invited.
(Less of an asshole move, but still…)

Option 3: Join in on the fun (with limits). You’re cutting yourself out of a group activity, so you’re giving up any control over that activity.
(Do you see where I’m going with this?)

When you participate, you show warmth and camaraderie, which will be appreciated. And when it gets late, your decision to remove yourself and ask them to keep it quiet will be responded to with more compliance.
(Unless they are all complete assholes, then go back to Option 1.)

No one wants to live with someone else’s uncleanliness and trash. You need to have a roommate meeting and lay down your concerns to the entire group at the same time and set up some financial penalties for those that will not do their chores within a reasonable amount of time.

Ideally, any money collected would be split with those that do not get any penalties for chores being done late, uncleanliness and other infractions that disturb your roommates, and that money is deducted from each your portions of the rent due for the roommates that had no penalties.

People tend to straighten up when the consequences cost them money.