Parking Issues In Front of My House 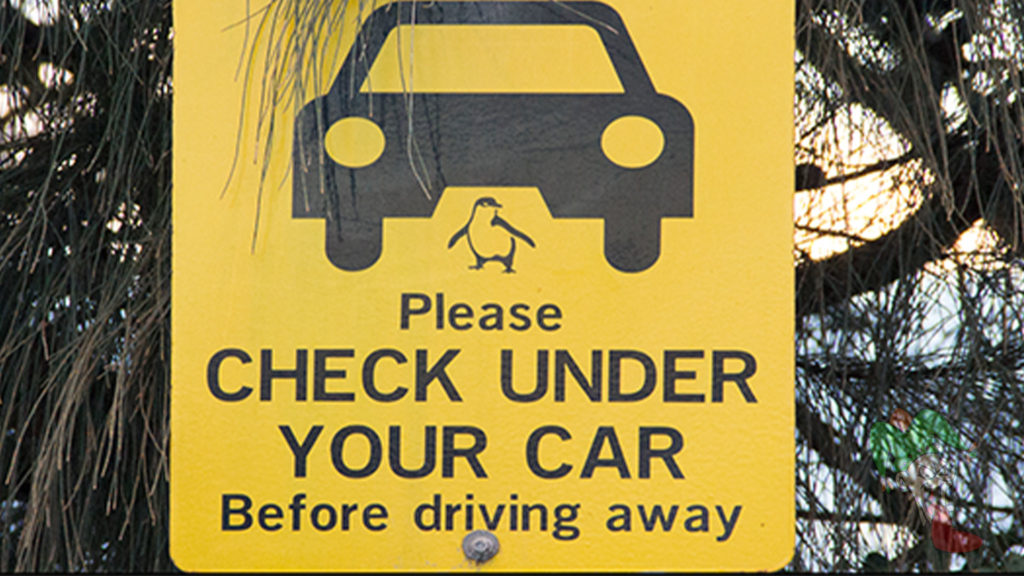 Here’s quick revenge when there’s a car parking in front of your house:

I bought a house in a tract home community, I have been living here 8 years pretty much trouble free for 7 of those years.

I knew my neighbors, they were all respectful and we all got along. Then the neighbor next door moved.

A leasing company bought the house and now there are 5 adults living in the house next door. One of them has a regular vehicle and a work vehicle. They regularly have a boyfriend or girlfriend come and stay with them also.

Making a grand total of no less than FIVE sometimes SEVEN (with the boyfriends) cars for this house! They park in front of my house every single day. SO now whenever my wife and I have a friend over, they have nowhere to park.

I let it go for the first 4-5 months, thinking maybe this was just some temporary problem and it would all sort itself out. After 4-5 months, I realized this monstrosity was permanent. I went next door to ask them politely (I really was polite) to park in their own driveway and in front of their own house.

They live on the corner so they have access to 2 curbs for this purpose. She pretty much told me “you don’t own the street” and slammed the door in my face. I thought okay???

I thought to myself “Maybe I am being unreasonable.” So I started asking friends and long time clients and relatives if this was rude I also asked them if this would annoy them? ALL of them said pretty emphatically they thought it was rude and then conveyed their sympathy.

2 weeks later I get a knock on my door at 1:30 am. I go to the door and the cops are there. The policeman asked me “How many people live in this house?”

I told him “Me my wife and 3 children.” He said go inside shut all the lights off get everyone up and come downstairs. We get downstairs to find 3 policemen on my porch with assault rifles aimed at the house next door.

The policemen said we need to stay in the shadows, go to our driveway and take a left (opposite of my neighbors) and run in the that direction about 4 houses and get behind another home. Turns out the were called there because someone in that house had a gun and was threatening to harm himself.

About a month later I am outside mowing my lawn and a young man drives up in one of their cars and parks in front of my house. When the young man exited he starts working on the bumper of their clunker truck.

Pulling off the rear bumper and other stuff. I hadn’t seen this guy before so I asked him “Do you think it’s rude to park in front of other peoples’ houses?” He said “Well your neighbor told me to park here.” I said ” She doesn’t live here, I do.

Again do you think it’s rude to park continuously every single day in front of someone else’s house? ” He again said “She told me to!” I continued doing my lawn in disgust and finished it. About 3 hours later the was a knock at my door. I open it up and there is another policeman standing at my door.

He says “We got a call from your neighbor saying “He feels threatened by you.” He then goes on to reiterate that “You don’t own the street, and they can park there anytime they want.” I tried to explain to the policeman that I was not even remotely threatening to this guy, and that all I did was ask him if he though it was rude.”

He tells me “It’s not rude. If you don’t want people to park in front of your house you need to buy a large piece of land.” I also found out later that one of the herd of people living next door works for dispatch, which explains the “Less than sympathetic” disposition of the police coming to my door.

I am seriously thinking of selling my house and moving. There are other regular life reasons, but partially because of this.

I am desperate, please help.

Yup, neighbors can be real jerks…. but I’d be more worried about the safety of your family than anything else.

Tell me, what do you know about these people? Anything that you can use against them? It’s hard to deal with such assholes, especially when it’s in your front yard so you’re the first suspect if anything goes weird or wrong.

Check the bylaws for your street, see if there are regular parking regulations, like how long they can be there in front of your street. maybe call a city councillor and start complaining.