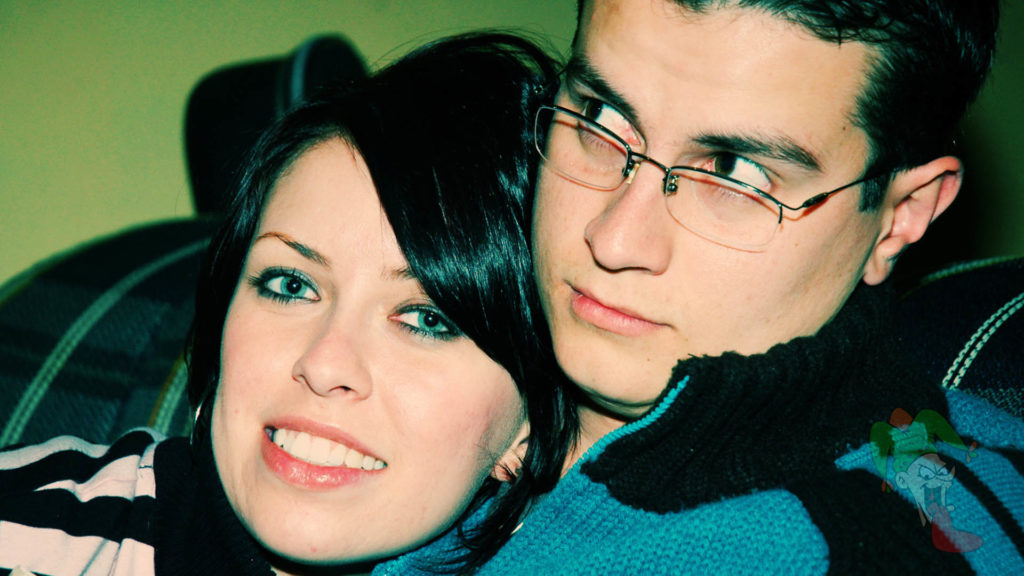 Need a little help getting even with a boyfriend or girlfriend that you’re soon going to dump?

Here are some past suggestions from people that have emailed me.

If you need help breaking up with someone, take a look at The Revenge Guy’s Break-up Lines.

Dear Revenge Guy
I would like to get back at my boyfriend. We had a fight recently and he told me that he was not attracted to me anymore.

Well I don’t mean to sound conceited but I’m not that hard to look at. I get attention from guys when I’m out by myself and frankly I treat others very well, with kindness and respect which I think is way more important than looks. I don’t have a weight problem and I’m in great shape so I was hurt when my boyfriend said that.

I asked him why he wasn’t attracted to me anymore. He said it was because I stopped cleaning his house! That’s right! I stopped cleaning HIS house! I guess I could add that we live together. I clean up after myself and sometimes will throw his clothes in with my laundry but other than that, I choose not to mess with his stuff.

I never know if I will clean up and lose something he likes or has sentimental value. So I don’t mess with anything in the house that doesn’t belong to me or us both. He is a total slob. He comes in and throws his clothes everywhere. He eats in the living room and drops crumbs and tells me to vacuum. ETC. I am his girlfriend, not his maid.

So before I leave him which I plan to do by the end of next week, I’d like to pull a funny prank on him to prove what an A** he is. I’d like to have a good laugh before I go. Can you help me out?
Thanks!
Amanda

Hi Amanda,
It’s not my job to defend the males of the world, men are jerks. This guy, hopefully, is not the type you’ll stick with and I’m happy to hear you’ll soon be moving on.

That being said I’d staple name tags into his underwear so that he knows they are his. And hide some food under his mattress… let him have a nice smelly sleep for a couple of weeks, if he even notices!

Dear RG,
I have this psycho ex-boyfriend that would not leave me alone. I dated him back when I was a senior in high school for about three and half years we broke up for two and half years already.

I have a restraining order against him for three years and it’s almost over (I plan to go extend it sometime this month). He followed me around threatened to hurt any guys that he suspected to be my new boyfriend and still continues to stalk me to this day. I have a new boyfriend now for almost two years.

My ex always somehow manage to get a hold of my number and last time he got a hold of my boyfriend’s number. I tried talking to my ex so he would not be too upset and hurt others but I getting really sick of his psycho acts. He calls my boyfriend and tries to make my boyfriend leave me. My boyfriend and I are still together but this is hurting my relationship so much that I don’t know what to do.

I want a revenge on my ex and let him know that he cannot go around messing up people’s lives like this. I want a revenge that will make him remember not to mess with me ever again and will leave me alone once and for all to date whomever I want.

Please help me out.
Girl in Pain

Hi Girl In Pain,
Unfortunately I cannot recommend any revenge tactics here, it might just make this guy even more psycho and violent.

Document everything. Keep the restraining order in place, and remain friendly with the local police.

Keep it legal and don’t give this guy any reason at all to look for you.

Of course, you could always try to get him a job out of state. Send him some fake employment offer letters and get him to travel out of town for the interviews at various hotels. It’ll give you a couple of days relief anyways.
Best wishes,
The Revenge Guy

Hi,
First i like to say thank you for helping us people out here with no clue on how to get proper revenge.

I am in military and i got deployed to Iraq for 6 months, when I left my gf was sooo in love with me. She would do anything for me, she took me to see her folks and made me feel as if I am part of her family.

Well we were soo in love as I thought. She told me things like “I can never be with anyone but you, and things will never change in between us” well it was dumb on my part to fall for those lies. When I got to Iraq about 1 month later she just wasn’t the same, she started to say things like “we don’t even know each other that well and we should just wait till to come back to start something if possible…”

Well then I ever called her in Iraq and kept it short and sweet in e-mails (I replied never composed a new e-mail). Well when I got back she is all changed in to a new girl and she wants me back in her life. I asked her few things like what happened she told he she messed around and learned her lesson. I can see it in her eyes that she really didn’t learn her lesson on cheating (she done it in past too on her ex). She wants to start the relationship slow as friends in front of others and when we are behind closed door we can do stuff.

She also just doesn’t care that much about me but says she does, its like she is lying to me and she thinks I am falling for her again. As of now we stand as if we are friends but we do stuff only behind the door and she calls me whenever she wants.

What should I do? I want revenge for leaving me in Iraq (it was emotionally hard but I made it). I want her to feel the same or make her feel as if she lost the best thing she ever had. I want her to miss me when I am gone and realize that she messed up for ever letting me go to begin with.
Thanks for you help
TFK

This shouldn’t be too hard to accomplish, as long as you have some help.

This is what I suggest:
Set up a new email account. Use a guys name that you’ll use again in your revenge.

Now, send her your first email, being this unknown guy. Your contact story is this: You’ve seen her around and asked a friend of hers for her email address (the friend that is going to help you out and will say he passed along her email address if she asks him). She doesn’t know you (but you’ll include some guy’s picture in an email) you’re good looking and want to get together with her.

Email her for a while. Ask personal questions. Talk about meeting some time.
Play her along for a couple of weeks being this guy that’s emailing her, all the while you’re still seeing her. You’ll easily find out how much of a player she is and what she thinks of you. If your letter is any indication, she’ll cheat on you with this guy you’ve created.

AS a finale, set up a date at a restaurant between her and this guy. He won’t show of course, but you certainly can show up and cause her some heat or embarrassment, or both.

t’s your play.
Dump her hard.

I hope this helps!

Dear Revenge Guy
I absolutely love your site. I hope you can help me.

My boyfriend’s mother is an evil person. She works daily to destroy my relationship with her son. She tells half truths to him about me and tries to ruin any chance of happiness for the two of us.

He is 50 years old, never married and I can see why. He struggles with serious deep seeded abuse from this woman, but can’t see her for what she is. An evil, selfish, sad person.

It seems time that the truth about her needs to be revealed to the world.

What can you do to make a guy like this who has wonderful qualities and potential, realize what he has. Can you help me?
Seeking love and peace,
Jenn

Hi Jenn,
No real revenge advice needed here.
You need to move on, break up with him!!

What could this guy possibly have that attracts you to him, other than maybe a fat bank account.

There is NO potential here, you see him as he is and after all, he’s 50!
Too old to learn new tricks.

Your revenge is getting your life back from a mean old lady and a wimpy old man!!
Really.
Best wishes,
The Revenge Guy