Get Revenge On Bullies 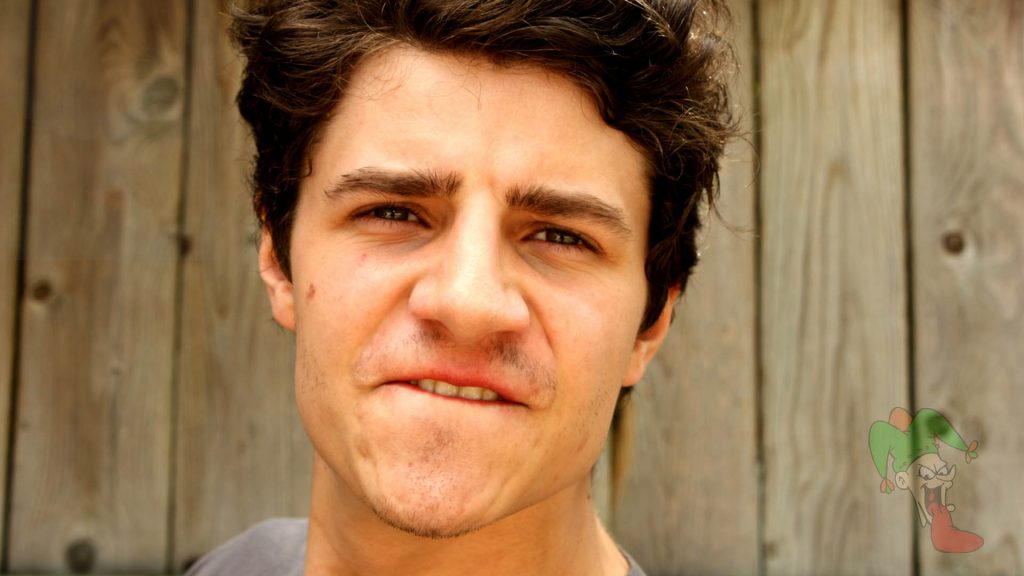 The Revenge Guy Deals With Bullies

Bully bugging the crap out of you? There will always be jerks like that in your life. But you can take back control if you know how.

The thing about adolescence and teen life is that these young people don’t have the tools to properly communicate what they want or need. So they turn to aggressive behavior to try to ‘force’ their point of view on another.

Generally these things can be sorted out through counselling of the bully at a young age so they have a firmer grip on their own lives rather than trying to tear others down.

Usually I don’t give revenge advice to people under 18. Kids tend to act and react emotionally instead of logically and I don’t want to be the cause of bad acts for youngsters to be thinking of. There are tools in place to deal with school bullies, use them. Read on…

Dear Revenge Guy
I’ve been friends with this kid since we were both in grade school, I’m now a high school Senior and he’s going into 11th grade.

It’s along story into why this all happened but it mostly has to do with 2 girls in which I was in a relationship with (at different times of course). In both relationships he manage to say bad things and ruin my relationships with both girls.

Anyways, one day about a week after the second relationship was over he calls me and threatens me. I ignore the threat and go to my friend’s house. About 2 hours later he breaks into my friend’s house and beats me until the point I was put in the hospital.

This also isn’t the first time he’s done this, he’s also beat two kids by breaking into their house and beat them too.

Anyways, the authorities were already involved and all he got was 3 months probation, while I was left with a minor face fractures and and 2 black eyes a swollen lip and bruised ribs. And then he continue to humiliates me about it behind my back since I avoid contact with him.

Also the whole time he was beating me he was saying comments to try and break me down by making fun of my family members friends and even ex-girlfriends and anything to try and get in my head. What can I do to get even with him, please help!

Hi,
Keep him off your friend list and let him rot in the hell he’s creating for himself.
Once you’re out of school, he’ll find that he doesn’t even have an enemy (you) to harass anymore, let alone any friends.

My revenge advice is to leave him to his own self-destruction.
Trust me.

But keep a journal of all the kids he’s gone after. Keep in touch with them. Write everything down.

This will come in handy when the police are involved again.
Stretch this jackass’s criminal record as far as needed.

And don’t be fearful for going for an order of restraint against him. The police can help you here.

Don’t live your life in fear.
But leave the psychos to their own destruction.

I don’t like to give revenge advice for kids at your age or younger but there are authorities in place to correct ass-wipes like this one. See to it that they are informed.

Dear Revenge Guy
I’m a senior in high school and there is this guy who will not leave me alone.

He’s new to my school but acts as if he owns the place.

In classes that we are in together he is constantly mocking me teasing me and making mean and cruel comments. I’m tired of verbal arguing as we are constantly doing so.

I need to end this, I have many friends who would be happy to kick his ass but I think that would be to easy and I don’t want anyone to get in trouble.

I don’t want to hurt him in any way except emotionally and I want him to have an idea that it was me but no proof. Something publically embarrassing would work. I do not know his phone number or where he lives I only see him at school.
Please help.
-Sue

Bullies like this kid really are seeking attention at the expense of someone else and you are his target.

Stand up for yourself. Don’t let him egg you on. And the next time he comes real close to you just whisper in his ear “Nobody here likes you” and walk away.

Fear of belong alone and an outsider is what scares kids like this. That is how you affect him emotionally. Have your friends help too. Just don’t gang up on him, because then all you are doing is becoming the bully yourself.

No revenge help here other than that.

Talk to your parents and a trusted teacher about this kids bullying. You don’t need revenge here, you need help to deal with a jerk.

Dear Revenge Guy
I’ve just found this site and I decided to try sending you a message as I thought you could help my situation out a bit.

There’s this kid at school and he acts like a total ass to everyone, he keeps like one friend at a time because a lot of people seriously hate him. Everyone I hang out with hates him and they help me out with him as much as they can but it seems he’s only out to get me, no he “is” only out to get me.

He does stupid things like throwing stuff at my head in class and bad mouthing me behind my back, not many people believe him but it makes me hate him all the more. Just today him and his one or 2 friends at the time found an abandoned flip flop out in some field and they would run by hit me on the head with it and run away. I decided that would be the last straw.

You’re problem wondering why I don’t just beat him up right? Well I’m far from a nerd and I’m not very heavy, he’s basically a fat guy, the ones that can’t play sports for shit but it’s hard to tell how strong they are, plus if I fought him he would bring his gay backup.

I need some ideas of things I can do to this bastard anonymously so he doesn’t react. I want something that he wont soon forget. I need something (or many things) that will teach this bastard a lesson.
Thanks for reading,
Peter

Hi Peter,
I can’t help you….
This is something that you need to talk to your parents about, and the teachers… maybe a teacher that you like.

Kids are nasty but as long as you react then this stupid kid will keep doing what he can to annoy you.
Show him he’s not successful at it and he’ll turn his attentions to another kid.

Better yet, form a club with your friends and the rule is to ignore this kid…
That’s the best…
But really, talk to your parents.
No one should be subjected to harassment at school.

I hate to be the one to say this (after all, I am the Revenge Guy) but school can be tough. And the asses that strive hard for attention by tearing someone else down to build themselves up will always be around. Learning how to deal with this now is an important life lesson that you’ll always have and likely will need to use again and again.

Dealing with this personality type requires force and inner strength. Striking back does not help. Getting a gang together against this kid does not help.

Again, talk to your teachers and your parents… this evil kid needs psychiatric help.

Dear Revenge Guy
First, let me thank you and anoint you as a true herald of supremacy, your work is fantastic.

Second allow me to ask your advice………..

So there is this rude repulsive girl in my class, who is rude to anything that moves, even the teacher, well anyways, she happened to openly mock me in front of class and continued to do it for an extended amount of time, but nobody said or says anything.

I even continued to be polite to her through it all and put on a fake smile whenever she walked by, but then the smile turned into a sneer. She continued to harass me and was getting worse with everyone else. It was the last straw when she said something about my best friend. I then got so angry that right before she opened her mouth I gave her a taste of her own medicine and made her look like an idiot.

This wasn’t satisfying enough because she still continued. My latest ploy was to put up “Lost Dog Signs” up all over campus with her picture on it saying, “If found please call the Foundation for Ugly Pets of America at…..”

But then I realized that I might get into some trouble, I would like to know if there are any ways you can show me to get revenge without being found out.
Thank You So Much,
Ted

These assholes always burn themselves out.

Although I would start an official “What’s-her-name Hater Club” and invite the rest of the class to join.

But seriously, stand taller than she does. Because she can get a reaction from you she will continue doing what she does.

Don’t react any more. Just write down what she does to you and take it to the teacher or the principal.

Kids like this have severe emotional issues (or she just really likes you and is trying to get your attention) and are better left to professionals that can help with these emotionally disturbed cases.

I’m glad that you stopped when you did, although it would have been funny to see, so relax. Life will get a lot harder yet, once you’re out of school and the tools you learn now are the tools that will help you get by later.