I Need Revenge On My Landlord 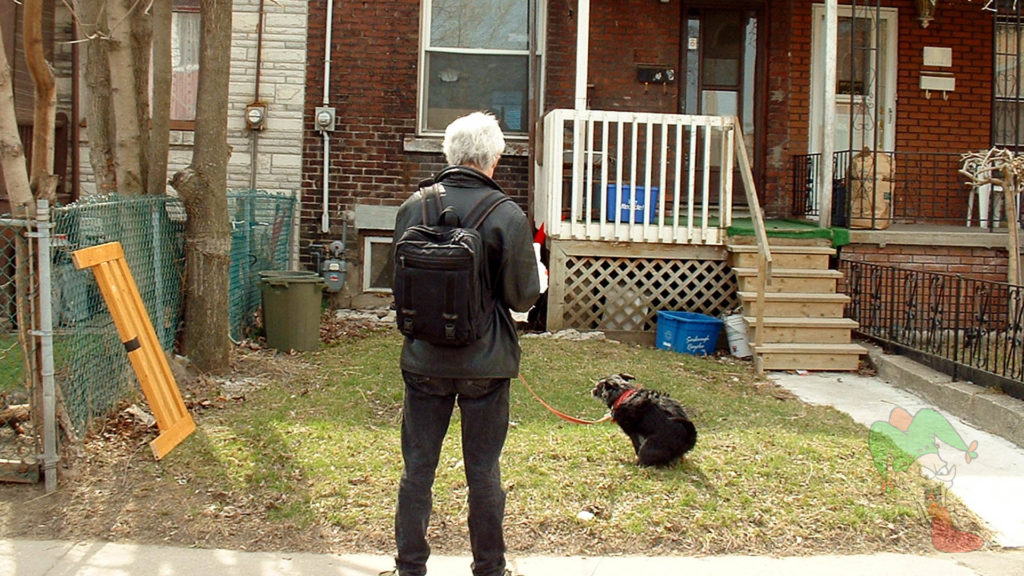 We all need somewhere to live and if you’re a renter finding a place to put your feet up and enjoy the quiet and serenity you’re due after a hard day in the salt mines can be a real crapshoot. You really don’t have much choice as far as your new neighbors or the person you pay your rent to every month. If you’re in a bind maybe these stories will help you out.

What can I do about my landlord’s dog? Read on…

Hi Revenge Guy,
I’ve lived in my house for about two years. I rent, my next door neighbor owns this house. He has a dog that he lets out at night. This dog wakes me up by barking in the middle of the night, a few feet from my bedroom window. It’s a loud dog, my window is always closed and the dog jars me awake. It happens on average about once a week. Sometimes it happens more often. Last week, it happened two nights in a row. Sometimes it’s multiple times a night. This has been happening since we moved in.

At first, I tried talking to him about it, but he never answered the door when I knocked. So I left a note instead. The first few notes were very nice, saying perhaps he was unaware it was happening, explaining that I work early in the mornings and that it’s happening right outside my window. I asked very nicely if he could please keep this from happening. This became a pattern. His dog would wake me up, I’d go knock on his door and get no answer, so I’d leave a note. I was nice for quite a while, but after months of no change and no response from him, my letters got progressively more assertive and frustrated. I told him about a year ago that if this continued, I would start filing nose complaints.

After months of run around from my lame duck local police force and my inept local animal service agency, I finally got someone to write him a ticket, which he contested and got dropped! He then came over and gloated to us about how his dog isn’t a problem! I was appalled! This guy is clearly violating noise ordinances, and it took me so long to get any enforcement and in end, nothing came off it anyway! It turned into a huge yelling match that ended in my telling him he was an a@$hole.

For whatever reason, things were actually quiet for a few months, but it started happening again a little while ago. We are fed up. We are planning on moving, but we can’t do so immediately, for a few different reasons.

What can I do to piss him of when his dog wakes me up? I want to do something that he will able to connect with when his dog barks at night? Something like every time his dog wakes me up, I do___. I want it to be perfectly within my legal rights but hopefully will annoy him enough to motivate him to shut his dog up at night in order to get me to stop as well.

As for personal info goes, I only know his first name and address. I live in the back unit of a duplex and due to the way it’s set up, I have no line of sight to his property. There is a fence between our houses. If I open my small bedroom window I can see a small corner of his yard, and that’s it. I can’t see the street from my house so the only chance I have to interact with him is when I’m walking to and from my car and I rarely see him then anyways. He’s retired and doesn’t leave the house much. I don’t know his schedule much. I work during daytime, and sleep from 10pm to 6am.

I’ve thought about stink bombs, but I don’t know if that is drastic enough. Any suggestions would be greatly appreciated, thanks!
Thanks!
Under-sleeped and Pissed

There’s nothing worse in the middle of the night than a barking dog, except when that dog is owned by your own inconsiderate landlord/dog-owner that ignores pleas to keep his pet inside at night when most normal people are sleeping so they can go to work and pay their rent to him.

It’s obvious that you’ve done what you can so far and deciding to move to a new place is a step forward, I hope. You do understand that there are two things in life you can’t choose: your family and your neighbors, so it’s always a crap-shoot.

By wanting to inconvenience the dog owner with something you do when the dog is out and barking, however righteous, isn’t a real solution. The guy is up, awake, letting his dog out. What could bother him at that time? Maybe at that time he’s already in his sound-insulated shitter not caring anything about the world other than whatever he ate earlier comes out without taking his colon with it.

BUT if the dog started getting into something that was then dragged into his home, or made the dog have the runs or something, then the dog being out and about without being watched just might change.

And why should YOU do something to get his attention when it’s the dog and his owner that is doing all this crap to wake you up and piss you off anyways?

Leave it all to the dog.

Buy some second-hand cheap socks, underwear, t-shirts, pants… and some red dye and save the blood from your steaks.

When the dog is let out, and shit-head owner is in his house, walk out and throw some of what you bought over the fence near the dog. Prepare the clothing by tearing it up, adding the red dye and at the time needed, sprinkling it with the saved blood, maybe even tuck a piece of real meat or cheese into it to make it more appetizing too.

Let him drag these clothes into his house a few nights in a row and I’m sure the dog won’t be out so much anymore.

And asshole landlord/dog-owner should have his alert level raised for a while too. Can you say confused?