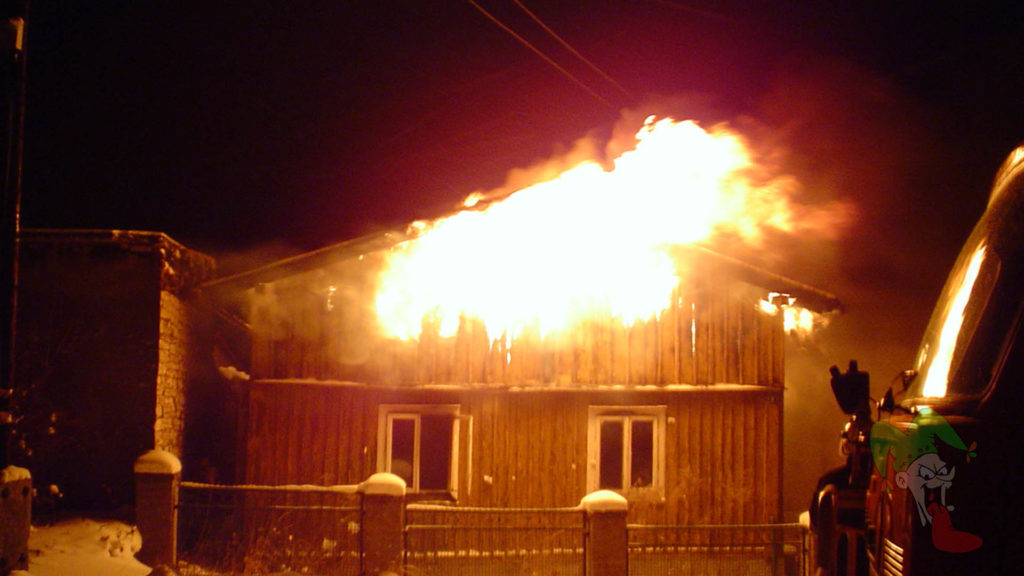 How to Get Revenge On a Roommate

When you need to have a roommate but they turn out to be the ROOMMATE HELL, here’s some roommate revenge suggestions that were sent to a reader.

Do you  need revenge advice about a BAD ROOMMATE?

Need to get him off the lease? Get her to stop bring her white trash boyfriend to stay for days on end?

Read on… The Revenge Guy can help you!

Dear Revenge Guy,
I have lived in a 3 bed apartment for about two years with another female.

About two months ago we had to quickly find a new roommate. I guess I learned why girls advertise for NO GUYS when looking, because we found a guy and it has been hell ever since.

Within the first two weeks, he was getting it on with my other roommate, and one night they had been messing around in her room for awhile when I came out to the kitchen and the entire place was full of smoke. Apparently they decided to leave something cooking while going off to make out for an hour.

When he came out I was opening the doors and fanning the fire alarm so it wouldn’t set off. When he asked what was going on I told him the place was about to set on fire and he started yelling at me like it was my fault.

I tried apologizing later (even though he was the one that almost set the place on fire!) but he said he wouldn’t accept it and we would never be on good terms again.

He is now trying to turn my other roommate against me even though she and I have never had any problems, and to be honest she is a bit too dim to see it happening. He’s naturally a really angry person-stomps when he walks around, slams doors whenever he leaves/enters a room, talks loudly and in your face and always upset about something.

He also happens to be a personal trainer and buys “health-conscious” things like “organic” toothpaste.

All of our names are on the lease which is up at the end of August, but I can’t afford to pay the early lease termination fees.

Of course my other roommate would never go for kicking him out since they are apparently in love (even though he treats her like crap). All the bills are in my name, and I pretty much own everything in the apartment.

I’d love for him to just come home to an empty place with no utilities but I don’t want to do that to my other roommate.

There really is just no reasoning with him as I’ve tried, and she could never see anything wrong in him.

He does little things that he knows piss me off like locking the top lock which everyone knows always gets jammed, turns the cable box off so I miss my ONE recorded show I watch every week, turns the dishwasher on when I get in the shower, and makes rude comments like “Oh, did I lock that? Must be my OCD” which is ironic because he’s never cleaned the bathroom he and I are forced to share since he moved in.

I’ve tried, and there is honestly no logical reasoning or calm discussion with this steroid-pumping asshole. What am I supposed to do???

Regards,
Not Hi Maid & Afraid To Piss Off a 6’4″ Personal Trainer

Hi Not His Maid,

Yes, you are in roommate hell. You likely did something very bad in a previous life… LOL…

I think your nest bet actually is to turn the “dim one” into a brighter bulb and see what she has in this guy.

Go out with her and talk with her, without his influence I am sure she’ll see your side more clearly.

Re-read your lease. Maybe add a page that he missed reading when he signed the lease about “roommate rules”:
No using water consuming devices when someone is in the shower… etc, etc.

And I’d also do the same things he is doing to you. Let revenge be a duplication of what he is doing.

Lock that lock, turn off the TV or better yet, using the parental controls to lock out the channels he likes to watch.

Do you have anything that records sound, video?
Start a YouTube.com account of the recordings you can make of him and post them.

Tell him now that you have a place to go to and you need to move the bills into his name.

Tell him it will raise his credit rating (don’t tell him that it’ll save yours if he decides to not pay anything) and see where that leads to you getting out of the lease early, or at least off the regular bills for the place.

As for his profession, I am sure he takes on new clients and has a place where he trains them or he goes to their place.

Set up some phony appointments for him.
He’ll never know and he will be out of your hair for a while too, as he chases down these phony clients.

I hope this helps,
RG

Dear Revenge Guy,
I happened upon your website a few days ago and it’s brilliant! The solutions that you had for bad roommates were ingenious.

I’m in college right now and my roommate (let’s call her Lisa) has been living with me for about a year. We were both on the same organizations on campus and always on friendly terms, so I didn’t think twice about accepting her to be my roommate. This turned out to be a HUGE mistake. At first, everything was fine. She has an unofficial boyfriend/friend with benefits (I’ll refer to him as David) and would have him over every day, but we have separate rooms, so I was fine with that.

After a few months, I came to the realization that David wasn’t just sleeping over – he had moved in. Lisa was constantly out with her friends, so she would usually give David her keys (which is against apartment rules) and he would stay in her room even over long weekends when she went home to visit her family.

Oh, this is probably a good time to mention that Lisa’s a big slob. She’s lazy, has David do her homework for her, and has decided that she’s not interested in getting a job after college, so she’ll live with her parents until someone marries her. I pay all the bills, buy all the soap, toilet paper, cleaning stuff, etc., and am the only person who does the chores. Lisa has gone behind David’s back several times with other guys and keeps him around because he lives nearby and is more “convenient”. David doesn’t seem to respect her very much – he’s told me on more than 1 occasion that she’s lazy and stupid – but he still stays with her.

The final straw was when David started inviting his own friends over to party at our apartment. These were strangers and since all the furniture (couch, chairs, tables, even Lisa’s bed) belong to me, I was quite uneasy about it. When I asked Lisa to stop giving David her keys, she threw a temper tantrum and ignored me for the next 2 months. The situation got progressively worse. Whenever I tried to talk to her, she would send me threatening, insults emails. I came home one day to find feces on one of the rugs. She finally told me she was moving out, but not before trying to get me to give her money to do so. She’s gone home for the summer and is planning to come down to our apartment later to move her stuff when her lease officially ends. However, she met some random guy on craigslist and decided to give him her keys and let him stay at the apartment till her lease is up. That’s not what angers me the most – I took an inventory of the stuff in the kitchen and found out that she stole several things from me.

I feel angered and hurt by how manipulative she is and how much advantage she’s taken of my kindness. I’d like to play a few small pranks on her to make her move-out a hassle and just give her an idea of how much stress she’s been causing me this whole year. Her dad’s coming up to help her move – she has her parents wrapped around her little finger, so I don’t think they’d believe me if I told them she’s been sleeping around with other guys (they’re very devout Christians). I like your Liquid Ass idea, but there’s not enough time for me to buy it and also, she’s crammed most of her stuff into her room where the random guy is staying, so even if I had any nasty-smelling liquid, I probably wouldn’t be able to use it.

Revenge Guy, please give me some feedback, I’m running out of ideas (and time)!
Angry

Buy a couple of boxes and stash them in everything she owns, hell, leave some in her bed so they fall out as her parents pack up her bedding.

Do what you can to mess up her stuff, hell, she had a stranger in her bed and an FWB for months. fake some doctor notes and print them, stuff them in her drawer chest, maybe test results for various std’s. LOL

Get her!!
Best wishes,
RG